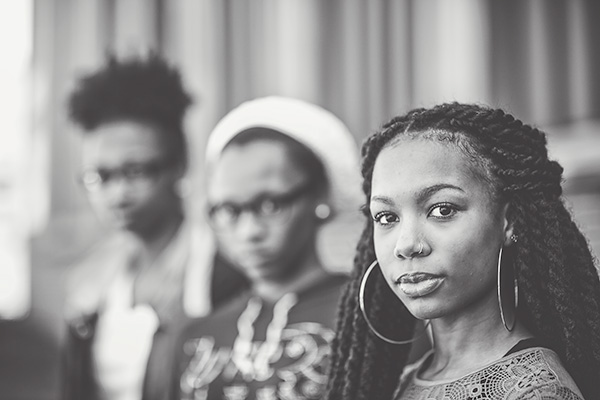 Some of the most rewarding and passionate work I have done has been with the Change Center, located in the heart of the intercity area of Knoxville, TN. In response to the shooting death of 15-year-old local football player Zaevion Dobson, who threw himself on top of his friends and saved the lives of two teenage girls, a plan was mobilized to create a place for young people to come off the streets and have a safe place to go with a strong police presence. 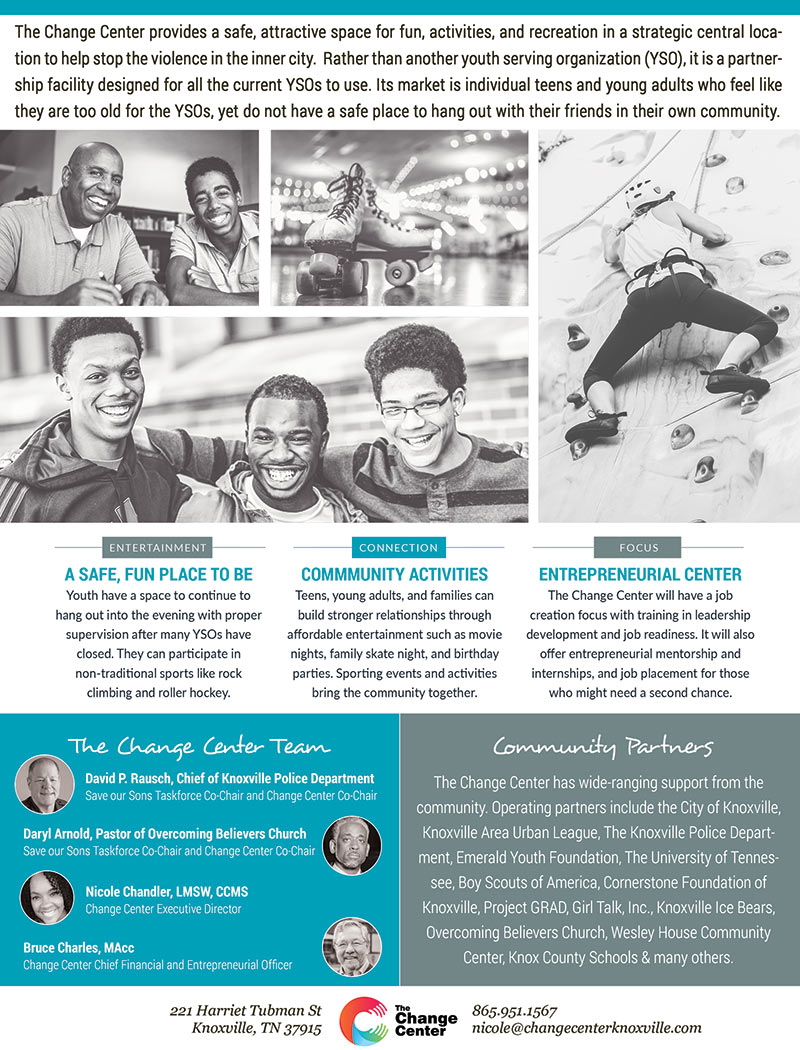 Zaevion’s death was a national news story with a response from President Obama and an Arthur Ashe courage award at the ESPYs.

But there have been many, many others who have died in gang-related shootings in Knoxville whose stories were not told on National television. Additionally, in the 3.25 miles surrounding the Change Center, an astounding 76% of all homicides in the Knoxville metropolitan area took place. Most were by young 18-24 year old black males in gang related shootings. The Change Center will provide structure and programs to help get these young men into jobs and in a healthier community. 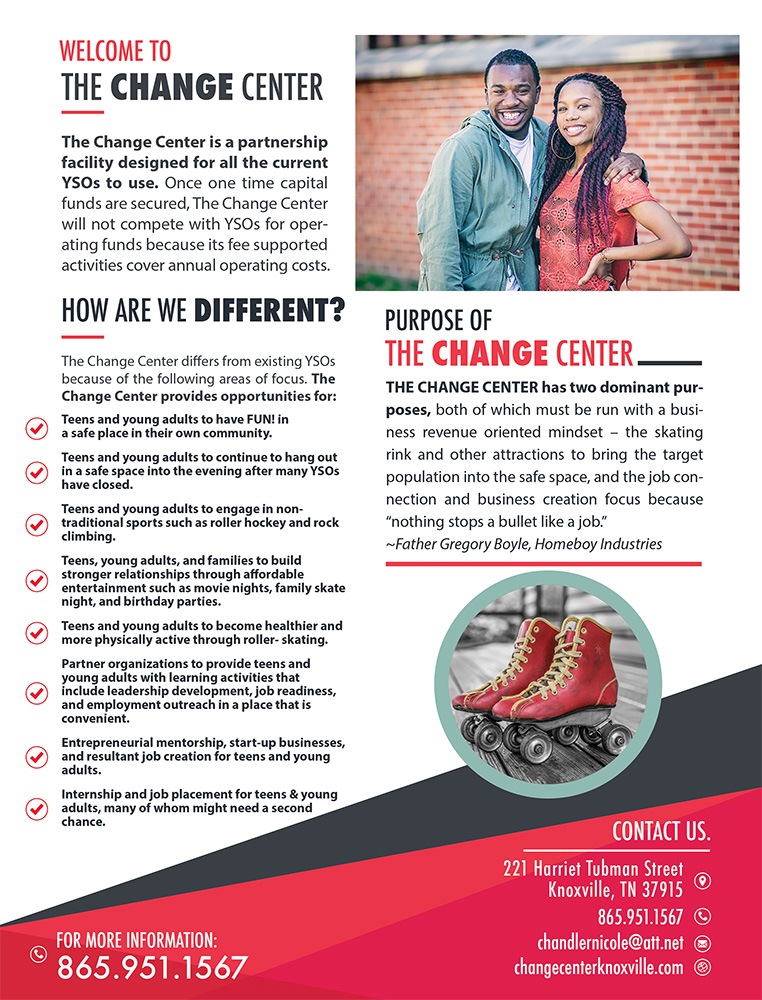 I worked with the Change Center to develop brochures, flyers, rack cards, feasibility studies and other promotional materials for use in press conferences with the mayor and to raise the $3 million needed to build a skating rink, a basketball court, a restaurant, and a center for a jobs initiative for these teens to be able to learn interview skills and get jobs with major companies in Knoxville.

I went to their high school and photographed kids that would benefit from having a safe place to go, and the photos were used in for their marketing and in fundraising events all over the city. I worked closely with the executive director and CFO to tell the story of this effort that has pulled together massive public support and mobilized the hearts of many to see hope in an area that had been touched by so much tragedy. The ground-breaking for the Change Center is on April 3, 2017, and I could not be more honored to have been a part of this.

See some of the work I did in my graphic design portfolio, photos are included. 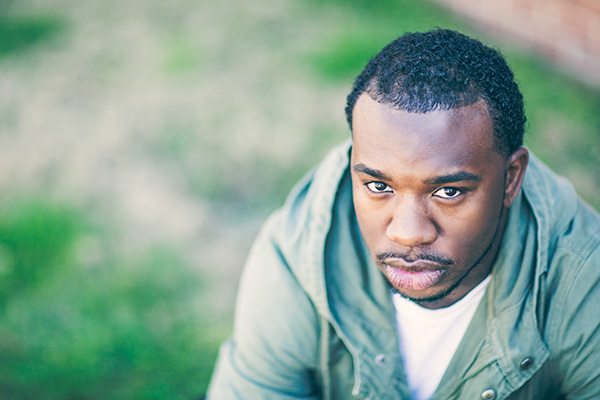